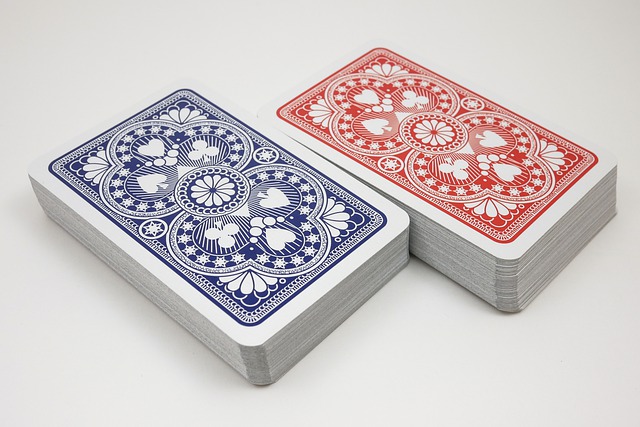 It might be hard to believe, but poker was known in 16th century. First, it originated in Germany, where it was called „pochen”. Then, it moved to France, where natives played „poque”. Eventually, the game came to New Orlean and was finally called „poker”. The game requires some luck, but there are many rules and tricks, which might help to win. What are the main rules of this game?

The game is played with a standard deck of 52 cards, sometimes supplemented by two jokers. Nowadays, when poker online is more and more popular, sometimes two packs of cards (in contrasting colors) are used in order to speed up the game.

There are many types of poker and each of them has slightly different rules, but the scoring is more or less the same (with a few exceptions). In most types of this game, each player is handed five cards. Below, we described each possible combination from the highest to the lowest:

1. Five of a kind – it is the highest hand and can only occur when so called wild cards are used (i.e. it can be joker) and it means having either four cards of the same kind and one wild card or some other combination like it;

2. Straight flush – it is made out of five cards in sequence;

3. Four of a kind – player needs to have at least four cards of the same type at hand;

4. Full house – there has to be three cards of the same rank and two – of another;

7. Three of a kind – three cards are of the same rank, while two others doesn’t matter;

8. Two pairs – four cards are two pairs, while the fifth one is irrelevant;

9. One pair – two cards are a pair, others are unmatchable;

If two players have exactly the same hand, they split the win.

While betting, player can raise, fold or call. Raising can be made by a bluff (when your hand isn’t good, but you try to make others think it is) or by a really good set of cards (i.e. straight flush). When you fold, it means your hand isn’t good enough to stand in the contest. Calling is equal to betting the same amount as the dealer.

Those are the most important and basic rules of poker. There are different types of this game, such as Texas Hold’em or Omaha Hi. Make sure, that before sitting at the table, you know the rules of specific type of game you’re gonna play. Otherwise – you can only count on begginer’s luck.